Global Entertainment Technology and Global Equity Transactions Two names - One company One purpose - to be the best.

from Rural USA to World Connectivity

Rural US markets have been ignored for years. That represents 22% of the US with  75 million people who live in these areas across the country.  And more people are going “back home” to small town to escape from the noise, confusion, congestion, crime and fear of big metro cities.

Local radio is still dominant, trusted as a family friend and is the hub of information in small towns. But a lot of expensive-to-run and operate AM and FM stations are falling by the wayside.

The opportunity exists for the creation of a LOCAL Internet Radio station for every town in this country… or even the rest of the world.

We can help create a vertical media, marketing and advertising stronghold for anyone with our “Home Grown Radio” approach including everything someone needs to create and operate a radio station for a mere fraction of what it costs to run a terrestrial radio station.  And without the FCC overseeing your Internet station.  It’s a whole new world now.

GET can provide true “radio” on the Internet with offline publicity, advertising and more for you ANYWHERE.

In rural markets (those outside the top 300 MSAs) real broadband is a myth…they have smartphones but don’t have anything close to the kind you would expect in a big city.  How do these people survive?

So do millions of people around the world and now is the time for a company like GET to step up and step on the gas and move things forward by having the capability of creating a radio station IN EVERY COMMUNITY, VILLAGE, TOWN AND CITY THAT WANTS/NEEDS ONE.

With 2 million Internet radio stations exist right now worldwide. They come online quickly and disappear just as quickly.  Why? Because the vast majority of them aren’t properly programmed, maintained nor deliver the content and music that people want or expect.  They are “toys” or “hobbies” to some people…

Pandora and Spotify  aren’t “radio” – they’re just jukeboxes that force obscure, obnoxious songs on you before you can listen to the one song you want to hear but only after you’ve also been subjected to a screaming commercial first.   What’s Internet radio missing?

The very things that made terrestrial radio successful such as quality local programming, creative ads and, of course, quality air talent.   GET has come up with a proprietary way to change that.

GET can create a blended network of its radio stations, programmers and announcers to provide the quality and uniqueness of stations that people want to listen to and will care about. 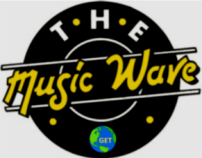